Louder than bombs… a round of fresh ammunition spills from the boy’s father, slurred by a coating of cheap gin, but lethal nonetheless. The shrapnel of a mother’s wail impregnates itself in his psyche, bleeding out any illusion of happiness.

Leather. The stark, synthetic skin consumes DeShaun Holton, its cold claws chafing against his sandpaper-thin orange jumpsuit. His mind is clouded by the stench of the chair – death and broken souls. He can feel the silent screams of those before him weighing down, clawing at his innards, urging him to rebel. They revitalise the dying embers of a thirst for liberty, pushing him to break free of the restraints of execution venue 314 of Fairfield Penitentiary.
But it is too late, and he is too weak.
Around him, crows circle in clusters, faces shadowed by a facade of pity. One emerges, pained and weathered, whispering of forgiveness and salvation. DeShaun wonders, distantly, if this Father means what he says, and if what he says means anything. The snap of an anesthetist’s gloves assure him that he will soon be answered.

Silently, the boy tenses – he’s now used to what comes next. The whites of his knuckles grind against taut skin. Breath is caged in iron lungs. He waits. The venom spewing from the downstairs lounge climaxes in a half-swallowed defiance. There it is – the first thud.

Glass. Angelo Bailey is relieved, more than anything. On the other side of the shatterproof pane lies another success story, another morally bankrupt bastard cleaned off the streets, another statistic to add to his 93% conviction rate. Shot his own father – a cop – and now, rightfully, he awaits his own judgement, albeit delivered a tad too humanely for Bailey’s palate. Colonel Holton hadn’t died by the blissful fading of a lethal injection, but was mutilated by four bullets to the chest and face. Unfortunately, an eye-for-an-eye seems to be frowned upon in an euphemism-obsessed society. Bailey sighs, exasperated by the innate injustice of the justice system.

The boy’s eyes are little more than slits. Desperately, he tries to claw his way out of this reality. But there is no escaping. The sobs of a stricken mother pervade him, yanking him back to the solid world. Somehow, a thought drifts through the haze of pain and shame. Make it stop.

Ice. A new feeling has entered Holton – a veil of cold draped over his de facto corpse. There is no solace in the aluminum-and-glass crypt. Above, a fluorescent tube illuminates his sanitizer-drenched confines. This, too, is cold. This, too, leeches what little warmth remains in his bones. Even light, in this desolation, seeks to break him.

Mechanism overruns the boy. Tears screaming of injustice and God ebb and flow across a steeled face. Make it stop. Quaking hands delve into a leather holster, retrieving a pistol.
The icy metal burns through guilt-wracked palms. Shakily, the gun rises. The boy’s eyes are a film of conviction.
Louder than bombs… The trigger’s click rips through the velvet night, another wrench in the boy’s torn psyche. The smoldering barrel dances a manic dance. Crimson illuminates the faded blue uniform.
Silence.

Air. Hydraulic pumps converse with Holton, pouring out melancholic laments. They spew toxin into his hollow veins, ironically warm. His heart accepts this new gift – it has carried far worse poison.
The cold dissolves, driven out by a faint flicker – acceptance.
It grows, morphs, consumes every inch of him.
DeShaun Holton understands.
Liberty. 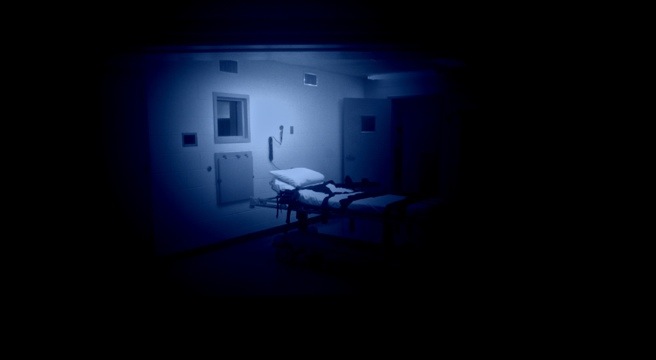 View all posts by Yasthiel Devraj